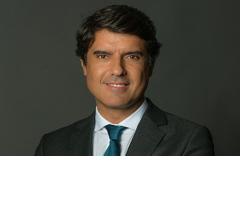 Valter Fernandes was appointed Managing Director of Portugália Airlines in January 2018. His career in aviation began in 2001 when he joined TAP – Air Portugal as a Project Manager, in 2005 he was offered the position of Aircraft Base Maintenance General Manager and was the head of Airframe Base Maintenance Hangars. His experience led him to join TAP M&E Brazil in 2009 as a Strategy Consultant for the Brazil operation. His mission was to redesign the organisation in top-down approach and lead and implement a full restructuring in the Brazil MRO airframe business unit. He also applied European best practices across operations, implement and standardise procedures to TAP M&E Portugal policies. From 2010 to 2016, he was nominated the Executive Vice President of Operations for TAP M&E Brazil. During this time he was Head of MRO Operations in airframe (Boeing, Airbus, Embraer and ATR), components (avionics, pneumatic, hydraulic, interiors and landing gears) and engines (Pratt & Whitney), maintenance in Brazil, having also been involved in engineering, the planning departments and direct manpower as well as the responsibility for 50+ domestic and international customers and 1,500+ direct employees. He has also had several opportunities to speak at global aviation conferences and events.
www.portugalia-airlines.pt [2]