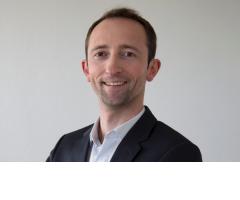 Jérémy Caussade, co-founded in 2018, with his associates Wilfried Dufaud and Fabien Raison, AURA AERO, the first digital and eco-efficient aircraft manufacturer, in Toulouse, on the historical site of Francazal. Boasting over 13 years’ experience in aeronautical engineering, he is also the Chief engineer of the company.

Jérémy Caussade began his career with Altran, as a helicopter flight simulator engineer, from 2010 to 2012. He then joined Airbus Civil Aircraft in 2013, where he successively held the positions of Simulator Lead Engineer, of Simulator Manager for Flight Tests on the A350 « Aircraft Zero », of Certification engineer on the A320NEO and BelugaXL programs, and of Explorers team leader for Quantum Digital Transformation. Before he left Airbus to create AURA AERO, he was in charge of growth and incubation for the DDMS program (Digital Design Manufacturing and Services, the manufacturer’s digital transformation platform).

Holding a Master in Fluid Dynamics from Paul-Sabatier university in Toulouse (2009), Jérémy Caussade has also been, for the past 10 years, the President, founder and chief engineer of the Réplic’Air association, where he has led the reconstruction and first flights of two historical aircraft: a G Type Morane Saulnier (the aircraft that enabled Roland Garros to cross the Mediterranean for the first time on 23 September 1913) and a Dewoitine D551 fighter plane.