Palmér's aviation career started in 1989 when he was appointed President of Malmo Aviation in Sweden. Since then, he has been deeply involved in issues affecting the future of aviation. In 1994 he was appointed President of the Skyways Group. In 2007, he became Vice President of the Salenia group, the mother company of Skyways and of the regional cargo airline Amapola Flyg, which Palmér established in 2004 and still holds a position as board member. In 2011 he became CEO of the Danish airline Cimber Stirling and In November 2012 he took on a mission as CEO of Estonian Air. From 2016 he has held a position in the new Estonian aviation company NAG/Regional Jet airline.

From 1995 to 2013 he was also Chairman of the Swedish Aviation Association. 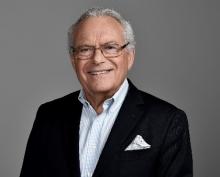